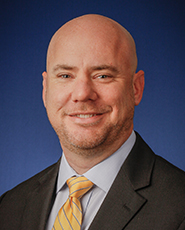 Mark Kagy was appointed to serve as Acting Inspector General in February 2018. He primarily is charged with conducting workplace investigations related to misconduct. Kagy also is responsible for conducting process and compliance reviews, as necessary.

Kagy has more than 15 years of Inspector General experience, previously serving in a multitude of auditing, investigative, and leadership roles within the Florida Department of Children and Families, Florida Lottery, and Department of Transportation. Kagy also was instrumental in the creation of the investigative standards for Florida’s Inspector General Accreditation Program, which established best professional practices for Inspector General investigative units. As a Lead Assessor for the Commission for Florida Law Enforcement Accreditation, Kagy was responsible for conducting in-depth, on-site evaluations of various Offices of Inspectors General in an effort to ascertain compliance with established standards.