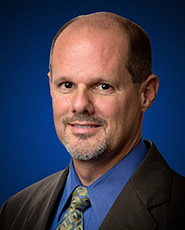 Jay Adams is responsible for overseeing all claims operations, including the Noncatastrophe and Catastrophe Claims, Commercial Claims, Disputed Claims, Vendor Relations and Special Investigations units. He previously served as the Senior Director of Claims, where he focused on the development of the Citizens Insurance Suite ClaimCenter®, the claims management system used by Citizens.

Adams has more than 30 years of insurance experience in underwriting, portfolio management, claims and business analysis. Prior to joining Citizens in 2009, he served at Nationwide Insurance Company for 19 years. There, he oversaw the design and implementation of a new large-loss claims-handling process, implemented direct repair and water mitigation programs, and merged multiple claims teams into a single unit.

Adams earned a Bachelor of Science degree in finance from Virginia Polytechnic Institute.