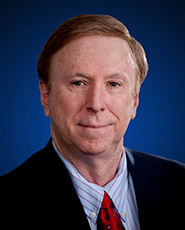 Dan Sumner oversees all of Citizens’ legal affairs, as well as Purchasing, Public Records and Legal Bill Review. Sumner's experience goes back to the beginning of Florida’s effort to create a state-backed insurer of last resort. He served as Interim Executive Director of the Florida Commercial Property and Casualty Joint Underwriting Association, from its activation in September 2006 until it was merged into Citizens in June 2007. He also served as Executive Director of the original Florida Property and Casualty Joint Underwriting Association in 1987.

Before joining Citizens, Sumner had a distinguished career with the Florida Department of Financial Services, serving as Deputy Chief of Staff and as General Counsel. Prior to reorganization of the Florida Cabinet, he served with the Department of Insurance, including positions as Executive Senior Counsel, General Counsel, Director of Legal Services, Director of Insurance Rating and Deputy State Treasurer.

Sumner has been involved in the drafting and legal defense of key Florida insurance reforms, including the Tort Reform Act of 1986, Workers’ Compensation Reform Acts of 1990 and 1995, property insurance reforms and the creation of Citizens in 2002.

Sumner earned a Bachelor of Science in Finance and a Juris Doctor from the University of Florida.